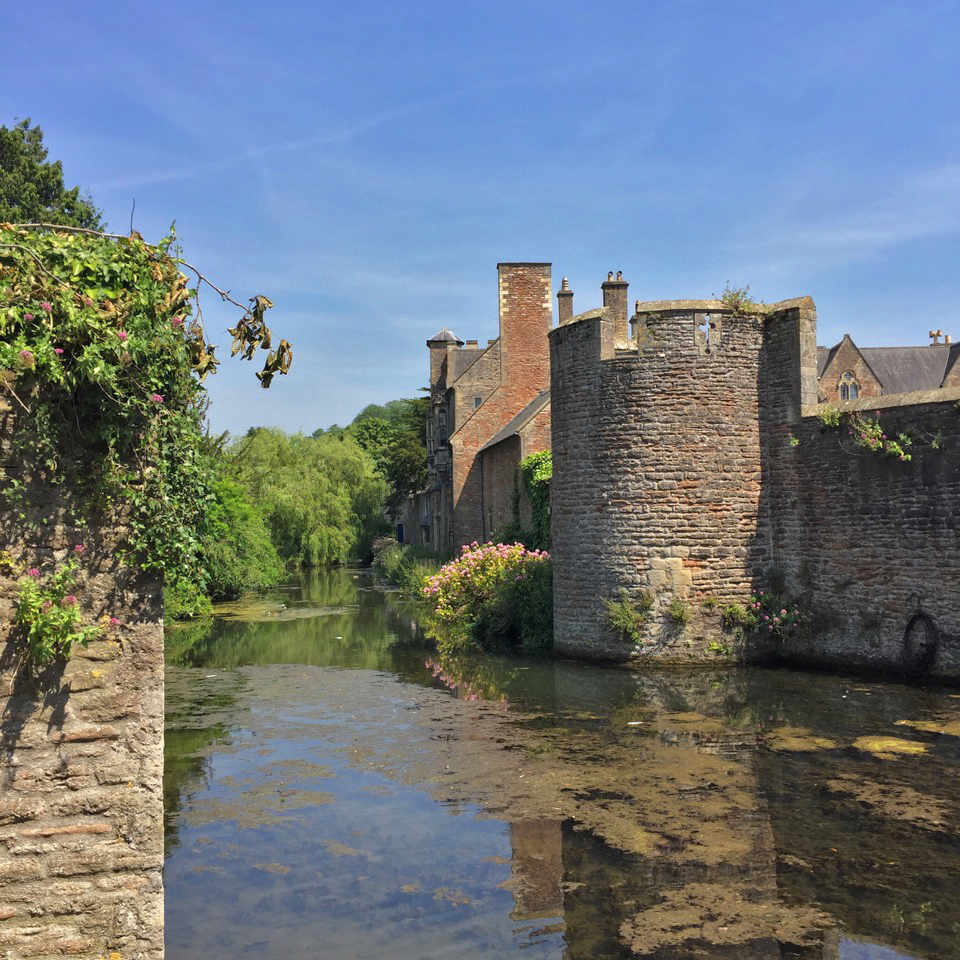 Why not spend your spring holidays on one of the most iconic and legendary festivals in the world? Enjoy some entertaining open air days at Britain's Glastonbury Festival. For an unforgettable road trip, combine it with regional highlights in the surrounding area including Wales.

On the way, explore beautiful historical places. Stroll along cobbled pavements and timbered houses and discover the breathtaking architecture of medieval cathedrals. Don’t miss the recommended spots along: authentic pubs, cozy live venues, and funky record stores. Always worth a detour. Enjoy some relaxed sightseeing days. Always accompanied by the tunes of the real big players in Rock, Pop, and Indie.

This trip will lead you on a round trip from the Glastonbury and Wells area to Bath & Bristol. Afterwards, head to Wales exploring mythical Tintern Abbey before driving to Cardiff capital. On your way back to the festival, stop in Portishead, Weston-super-Mare, and Cheddar Gorge. Finally, enjoy Glastonbury festival.

Our recommended subTOUR includes 3 to 5 nights during the round trip. But it's up to you to extend or shorten the trip as you like. This trip is easiest done by car, whether your own or a rental one. Also a good option: camper vans. That's why we included hotel suggestions as well as camping sites in our recommended trip schedule.


Myths and legends in South Britain

Start your round trip at Glastonbury, Somerset, which will also be your final destination later. This beautiful town has been attracting people with New Age and Neopagan beliefs as well as legends and myths ever since. Why so? Glastonbury Tor, Joseph of Arimathea, the Holy Grail, King Arthur - just to name a few hints.

The town itself boasts with unique shops and quirky places that you won't find anywhere else. Guaranteed. Take your time exploring this really special place before heading on.

Accomodation tip: concerning your overnight options, either choose the Holiday Cottage below for small cottages and camping or our hotel tip in the city of Wells.


Medieval architecture at its best

Not far from Glastonbury is the city of Wells.

Initially a Roman settlement and today a rather small town with a marvellous world-renowned cathedral. Medieval structures can be found throughout the city, with the Vicars' Close and the Bishop's Palace among the ones that are most worth seeing.

Hotel tip: if you choose to stay near Wells in a hotel, you definitely need to take refuge at Stoberry House. This place is so stunning in all of its beauty of perfect arranged gardens, interior design, and views upon city and cathedral, that it is breathtaking from the very beginning of your visit. For details, check the Wells city page.


Stunning scenery with abbey and baths 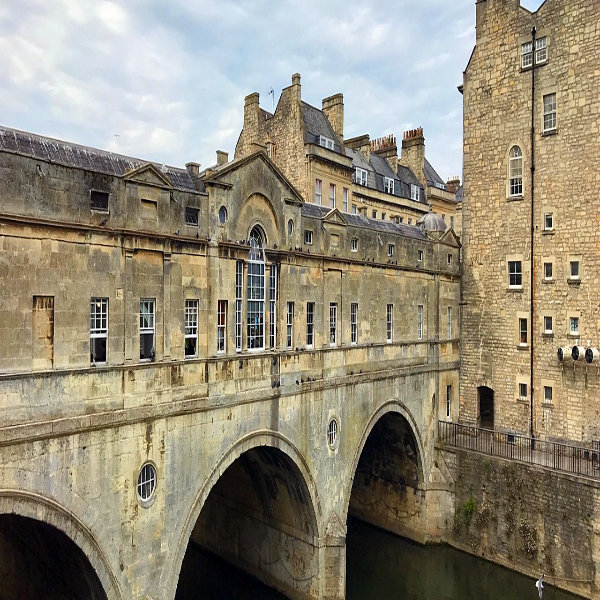 Follow the suggested route in North-Eastern direction. Bath is another highlight sightseeing spot not to be missed when around. This beautiful city is known for and named after its Roman-built baths. With its idyllic setting in the valley of the River Avon, the city became a World Heritage site in 1987. Architectural highlights include Bath Abbey, Royal Crescent, and numerous other buildings in Georgian architecture.

Accomodation tips: either choose Bath Marina & Caravan Park listed below for a nice camping option. Or - for a more luxurious hotel stay - marvellous Paradise House in the heart of the city. For hotel details, check the Bath city page. 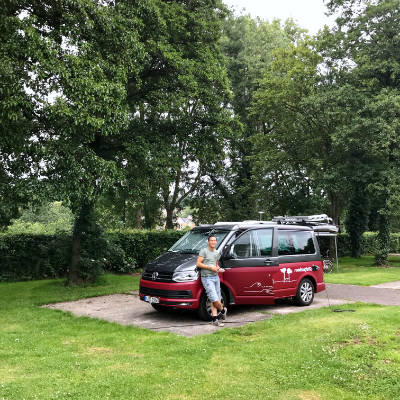 Tranquil location just at the bank of River Avon


Authentic as alternative and picturesque 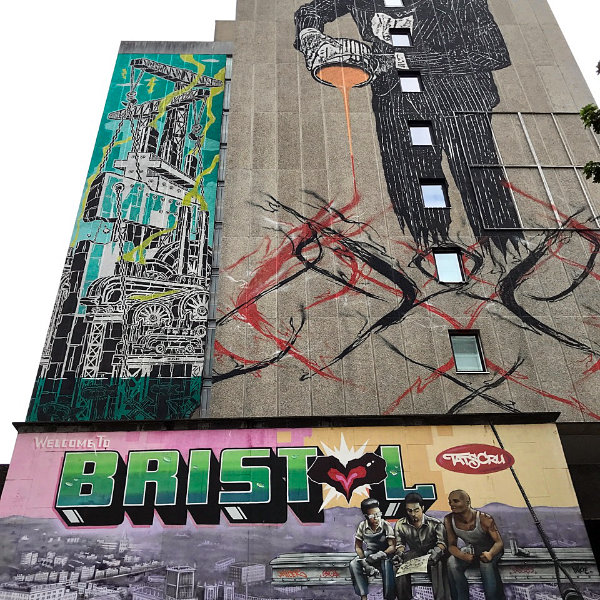 Just a short trip from Bath towards North-West until you reach the beautiful city of Bristol.

This vibrant spot is situated near the confluence of the Rivers Frome and Avon holding a huge variety of architectural styles, making it a really special place to linger.

The city is known for its lively music and underground scene, urban graffiti art from Bristol-born Banksy and others, picturesque spots such as the harbourside area, or sightseeing highlights like Bristol Cathedral. You should definitely plan a whole day for exploring the city properly. Why not include a little live experience in the evening in one of the numerous venues? Soak up the independent and alternative atmosphere in these city streets full of culture.

Accomodation tips: either choose Baltic Wharf Caravan & Motorhome Club Site listed below for really nice camping. Or - for a urban hotel stay - modern Number 38 Clifton in the heart of the city. For hotel details, check the Bristol city page. 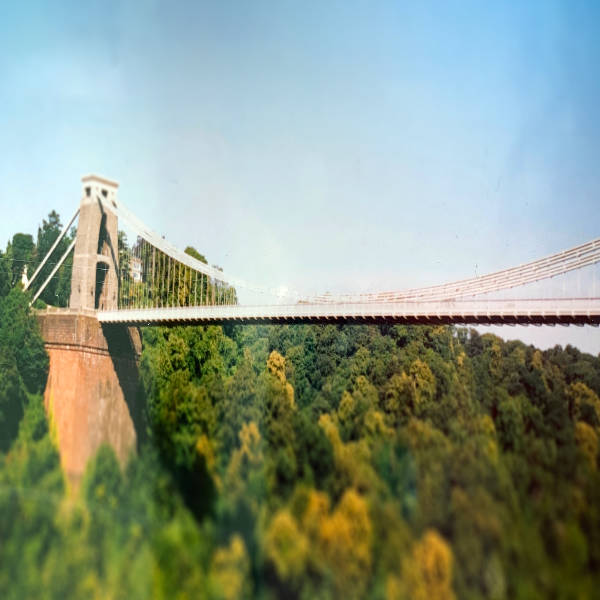 A waterside haven in Bristol 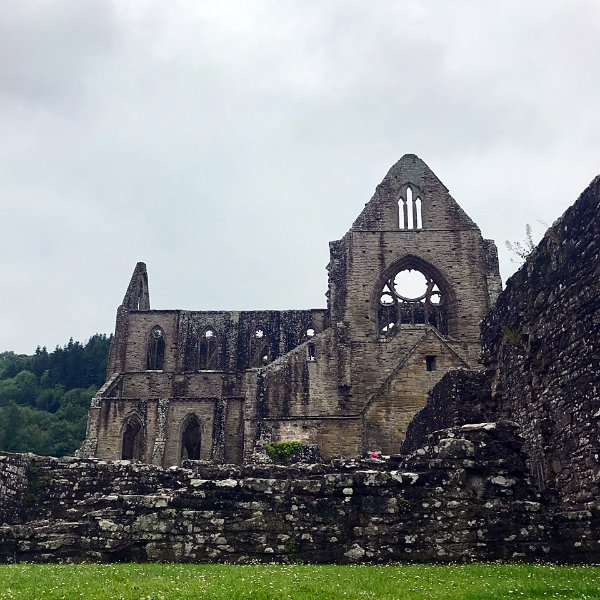 On your way further westward to Wales and Cardiff, you should definitely take this detour. It will be worth te extra miles. Promised.

Tranquil, idyllic, beautiful, peaceful - this is Tintern Abbey. This historic site was founded in the year 1131 on the Welsh bank of the River Wye, which at this very point forms the border between Wales and England. It is supposed to be the first Cistercian foundation in Wales.

The abbey fell into ruin in the 16th century. Its remains have ever since been celebrated in poetry and painting. One of the most famous reflections upon Tintern Abbey are William Wordsworth’s Lines written a few miles above Tintern Abbey. For the visit, allow some extra time to wander through the ruins.

Restaurant tip: just across the lane is The Anchor Inn, a typical British pub serving delicious food and drinks. For a well-deserved break after sightseeing. Also set in a tranquil and idyllic setting, with an outdoor area if the weather is allowing.

History tip: further north is a place where numerous artists recorded hit albums. Rockfield Studios has seen the likes of Coldplay, Opeth, Queen, Oasis and many many more. 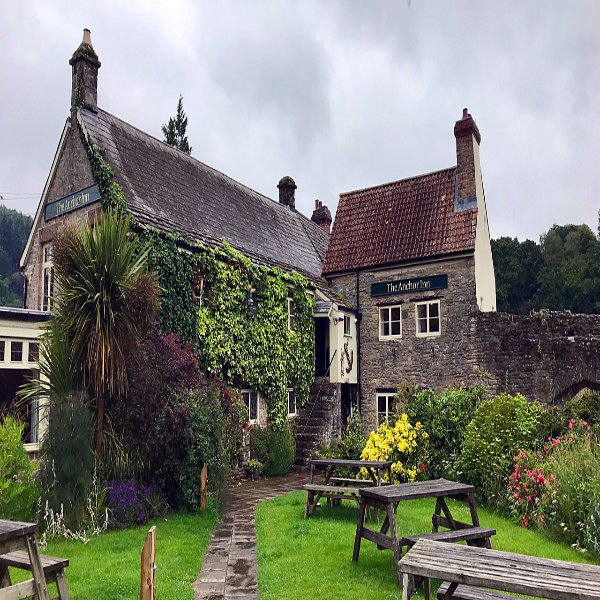 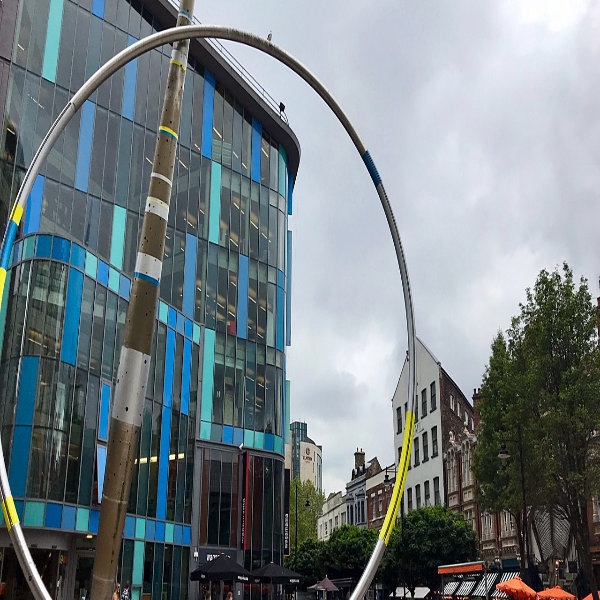 The city's vibrant music scene is well-established and wide-ranging: it is linked to numerous bands, famous both nationally and internationally. You probably may know some of these coming from Cardiff area: Manic Street Preachers, Lostprophets, Super Furry Animals, Stereophonics, and Funeral for a friend. Also in town: various live venues. So why not combine your plans for tonight with a little gig? Also not to forget: the oldest record shop in the world. 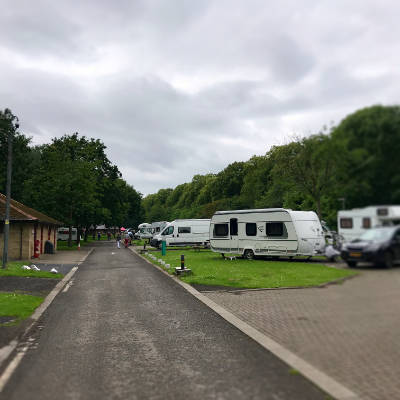 Beautiful and tranquil setting to explore the city


This town provided the name for a famous band 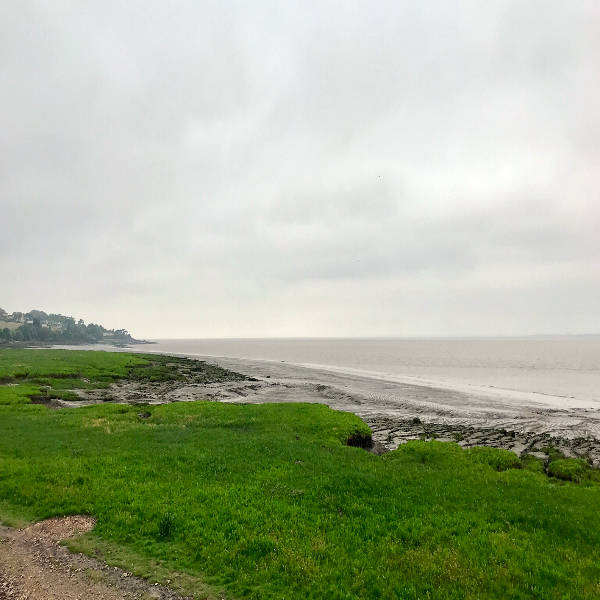 Let's follow the route back to England. On your way back to the Glastonbury area, take a break in the nice coastal town of Portishead.

With its long history as fishing port, its piers, a lighthouse, and some really nice stretches of beach, Portishead is always worth a short visit. Even more due to some of its most famous citizens: the band Portishead.

Café tip: Café Marina is the perfect place to sit down, have a snack and a cup of hot tea or coffee before heading on. 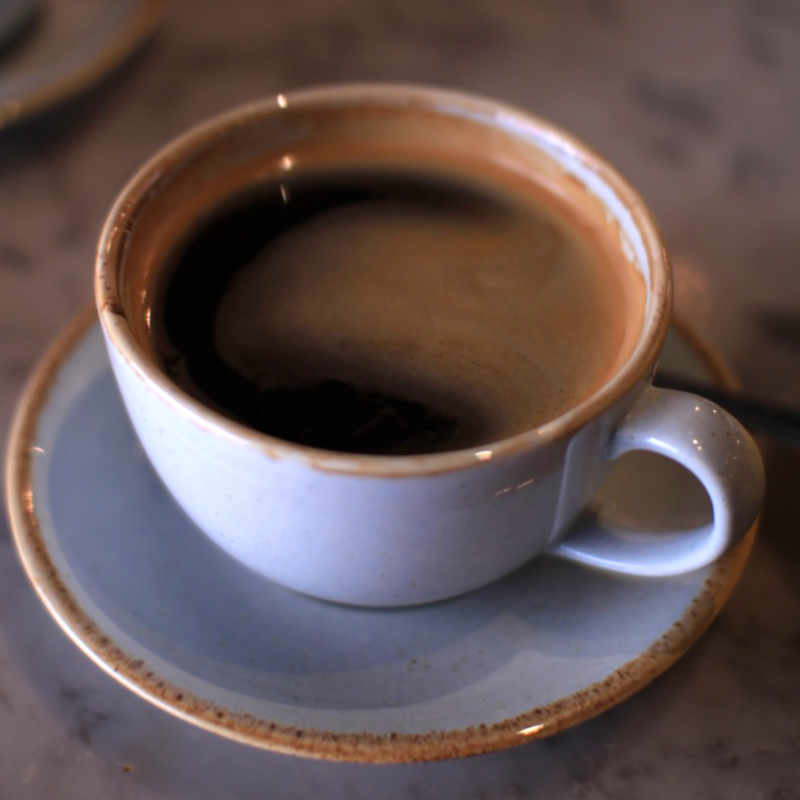 Nice spot in Portishead for a little break 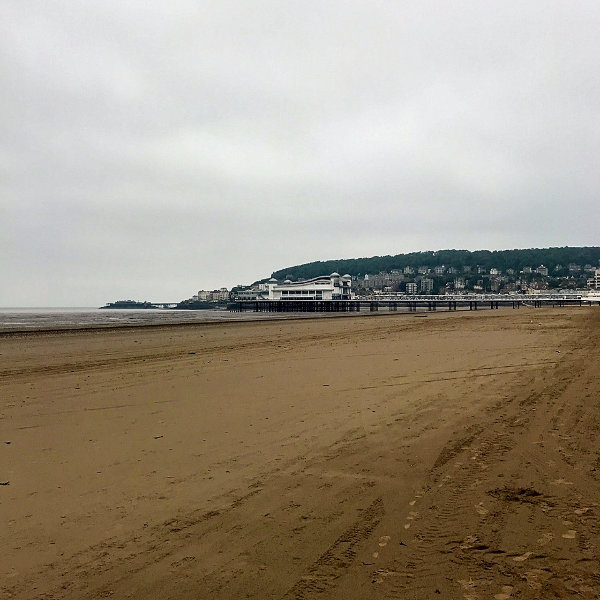 Another perfect spot for a short break from your route back to the festival area.: Weston-super-Mare is where Britpop meets holidays. This is the place where the cover photo for the Oasis single Roll With It was shot on the beach. Sit down, enjoy the view and take a picture - whether you are an Oasis fan or preferring Blur.

Café tip: Weston Beach Café for a snack and a cold or hot drink. 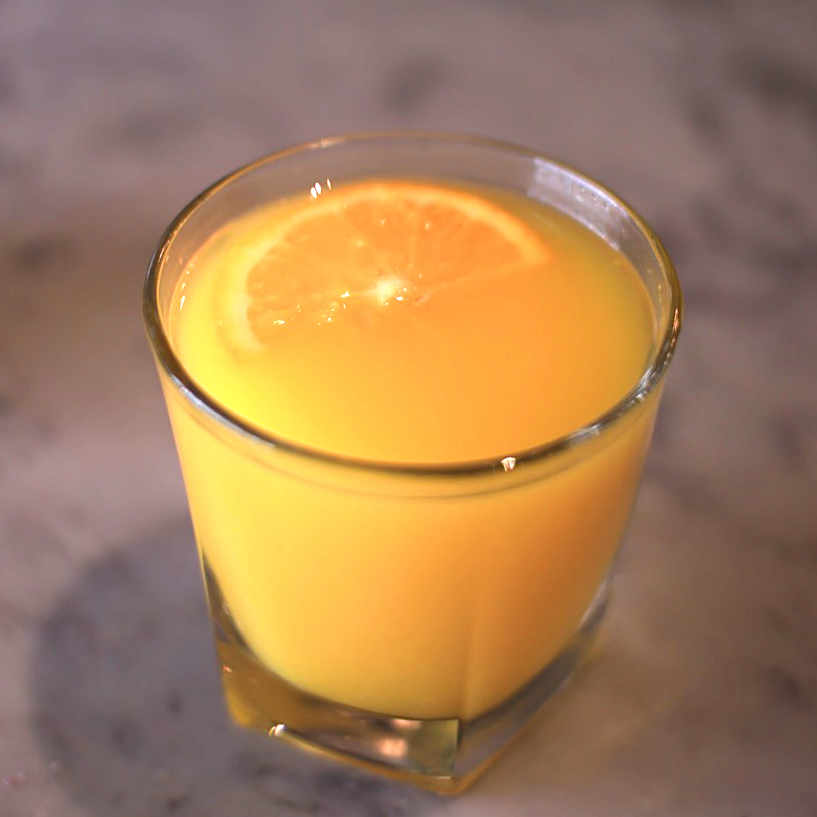 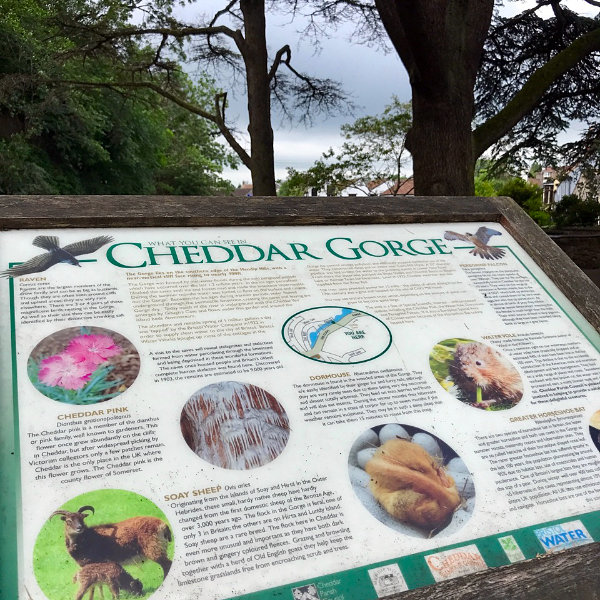 Last stop before your final festival destination: Cheddar Gorge is a limestone gorge with caves near the town of Cheddar. It's the place where Britain's oldest complete human skeleton, the so called Cheddar Man was found in 1903. A body estimated to be over 9,000 years old.

If you are up for a walk in the stone formation or just for a break and some cheese shopping - you definitely need to stop here.

Café tip: funny name, but probably one of the best spots in town to have a proper home-made lunch, coffee and cake, or another snack: Edelweiss Café. Also nice to sit outside. 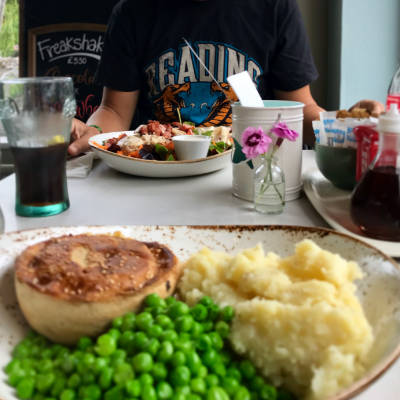 Here to make your visit to Cheddar even more tasty


One of the really big ones

You made it! Not far from your last stop at Cheddar is Glastonbury Festival, your final destination after your round road trip.

Glasto as it is called, is a huge five-day festival of contemporary performing arts, annually attended by around 175,000 people. The first festival took place back in 1970. In addition to modern music, the festival hosts dance and comedy sessions, lectures, movie screenings, along theatre, circus & cabaret performances. Glastonbury Festival is deeply inspired by the ethos of the hippie and counterculture movement, attended by all kinds of people, of all ages, nationalities, lifestyles, faiths, and musical taste.

Political and environmental issues, animal welfare and human rights are just some of the topics playing a key role in the lectures offered. The majority of staff are volunteers, helping to raise money for worthy causes such as Oxfam, Water Aid, or Greenpeace.