This place has shown some serious musical muscle since its opening, bringing the likes of The Smashing Pumpkins, The Strokes, Garbage, Lenny Kravitz, and Queens of the Stone Age to its property. Though the large indoor space of The Cosmopolitan hotel, a boxy ballroom called The Chelsea is well-worth your musical attention. This unique concert venue is inspired by some of the world’s most iconic venues - a 40,000-square-foot area featuring remnant brick tiling, a vintage lobby bar, and a memorable grand staircase completed with a dramatic chandelier. As the venue’s stage attracts some of today’s hottest Rock music acts - why not check out the event calendar for the evening?

Las Vegas' hip hotel hangout The Cosmopolitan is located in the heart of the Strip. For Rock music inspiration, also watch the music video for Shot At The Night by The Killers. It was unveiled on 26 September, 2013. portraying a working class hotel maid at the Cosmopolitan Hotel. 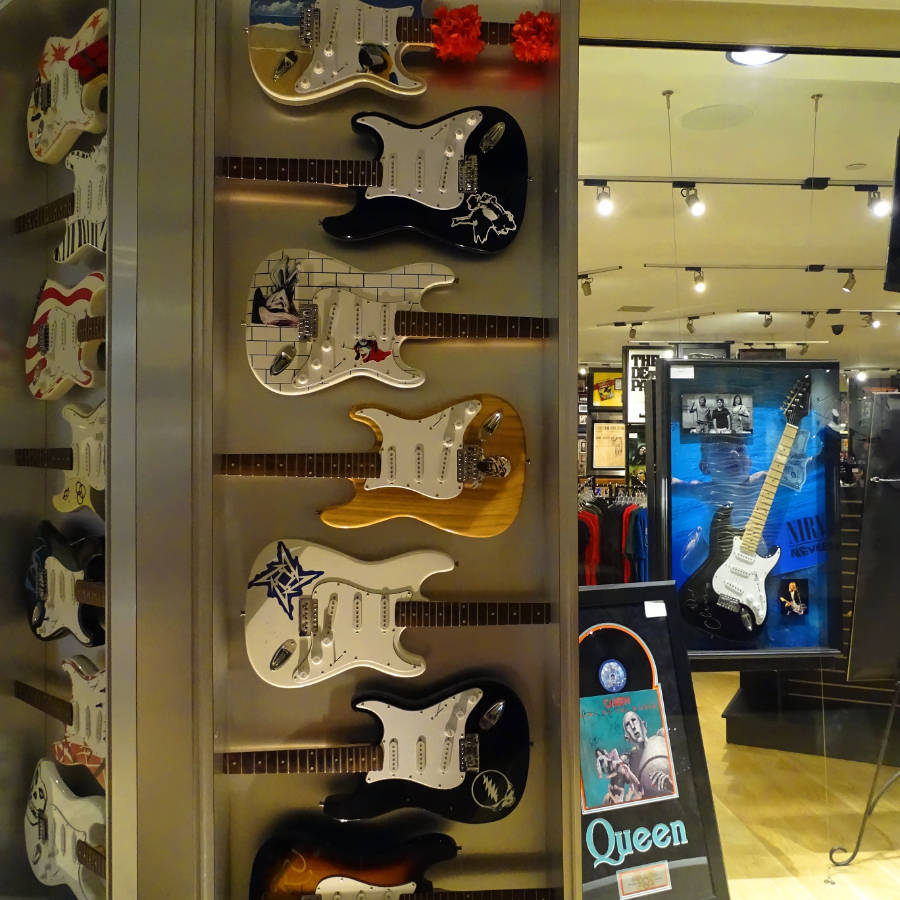 Another reason to visit the inside of the Mirage Hotel: Art of Music store is your place if you want to buy music memorabilia and souvenirs. From signed posters and original guitars to framed platinum discs and much much more. Wondering how to bring your new guitar or band image back home? Of course they do offer shipping worldwide.

Las Vegas' hip hangout The Cosmopolitan is located in the heart of the Strip, offering modern and well-equipped accommodation as well as a casino and numerous more amenities. Before check-in, watch the music video for Shot At The Night by The Killers. It was unveiled on 26 September, 2013. portraying a working class hotel maid at the Cosmopolitan Hotel.

Rock Bar & Grill with super-tasty dishes and drinks on the menu. Also offering various live music events. Have a glance at the schedule before you go. The interior is authentically decorated with leather in black and red, music memorabilia, and similar. 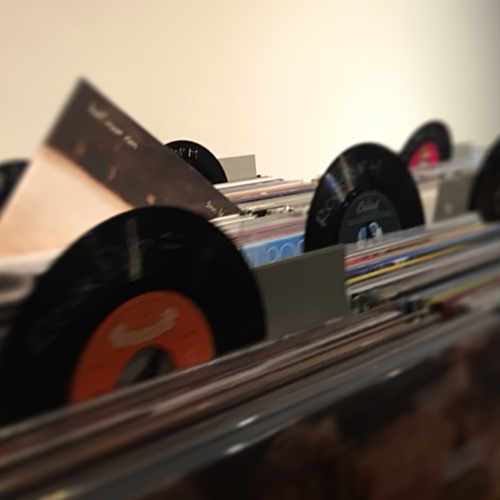 Music and merch from all genres - try Zia for browsing the racks and boxes full of vinyl and records.

Anyone in music business who has toured during the past years has probably played this House of Blues stage, from Metal and Punk to Hip Hop – the event calendar is probably one of the most varied in the city. Featuring a beautiful music hall.

Inside the Palms Casino Resort complex building is Pearl Concert Theater, a 2,500 seats capacity venue for live music experience. From Bob Dylan, Tool, Björk, LCD Soundsystem to Alanis Morissette, Korn, Good Charlotte, Simple Minds and Blink 182 - all major names have been on its stage. This is where arena-sized artists get intimate when they visit the Strip.

This quite new live music venue is located in Virgin Hotels Las Vegas. Featuring state-of-the-art sound systems for an unforgettable experience of legendary as well as groundbreaking artists and bands.