Just some steps from Strawberry Field is this 1930s property, which belonged to John Lennon's aunt Mimi and her husband George Smith.

Lennon moved in this semi-detached house in Woolton as a young boy in the mid-40s and lived at Mendips until 1963 when he was 22 years old. His mother was living with her boyfriend at that time and it was decided to be better for John to be cared of by his aunt.

In 2000, the home was adorned with an English Heritage blue plaque. Two years later, it was bought by Lennon's widow, Yoko Ono, and donated to the National Trust. The house was then restored and since then, is open to the public. You may visit it as part of an official National Trust tour.

Know the house from somewhere else? Yes, it's on the cover of Oasis single Live Forever. 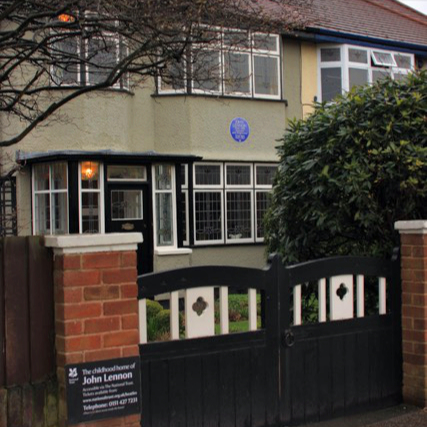