Penny Lane is in my ears and in my mind... This street is as unobtrusive as famous: Penny Lane. Many Beatles' songs deal about their Liverpool childhood memories. So does this song released in 1967.

Most of the places mentioned in the song are still around, such as the barber's shop, the bus shelter in the middle of the roundabout, the bank, and the fire station. Also around is St Barnabas Church, where Paul was once a choirboy and where his brother Mike got married in May 1982.

As the famous street signs repeatedly had been stolen by fans from all over the world, the city of Liverpool decided to paint some of them on the brick walls instead. 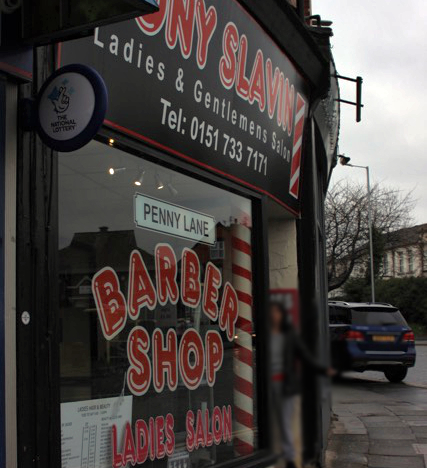 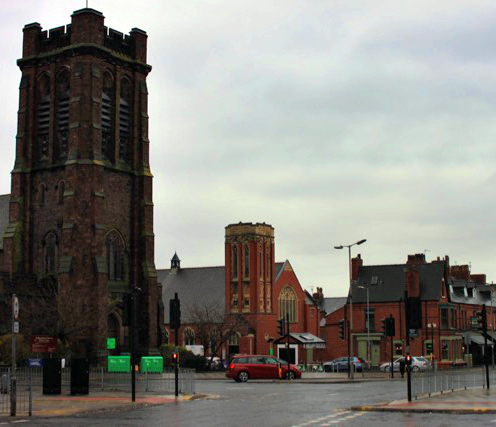 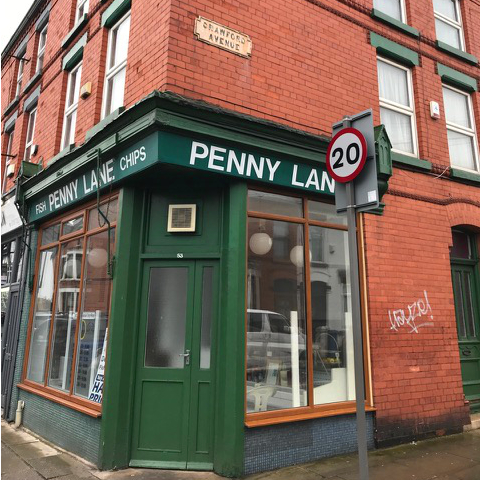 Penny Lane, Liverpool - as known from the Beatles song (Photo by Bachmeier / Ramsthaler)