If you haven't been here before, you surely would expect something else. Strawberry Field is the name of a building in Liverpool neighbourhood of Woolton. The Salvation Army provided a orphanage in here which was opened on 7 July 1936. Originally a huge Victorian mansion, it was demolished and replaced by a smaller building in the early 70s.

During his childhood, John Lennon often came here to play on the site with his friends as it was just a short distance from his Mendips home. In 1967, the place became world-famous when the Beatles' song Strawberry Fields Forever was released.

The children’s home was closed in 2005 with the famous gates been removed to prevent any further damage to them. They were replaced by exact replicas in 2011 - still shining in brightest fire red. 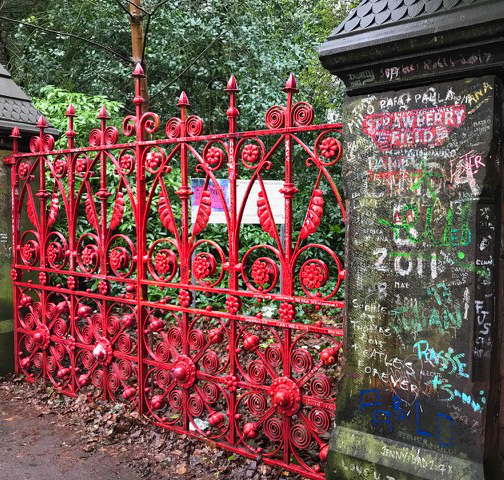 The red gates of Strawberry Fields, Liverpool, once playground of John Lennon from the Beatles (Photo by Bachmeier / Ramsthaler)