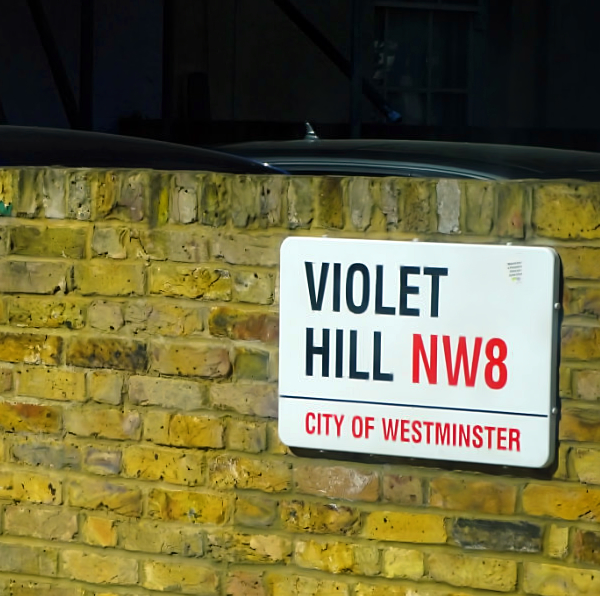 Violet Hill is a song by British Rock superstars Coldplay. It was written for the band's fourth album named Viva la Vida or Death and All His Friends which was released in 2008. The song reportedly derives its title from this little street in St John's Wood, London.