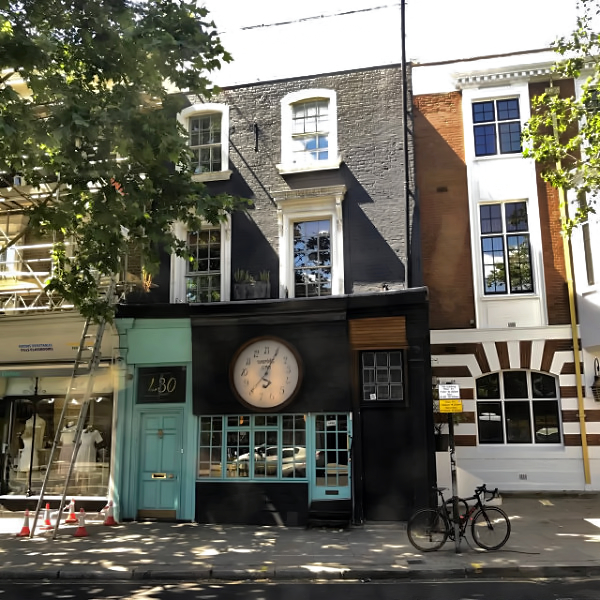 This legendary place is synonymous with London's Punk Rock. Originally, this store specialised in clothing that defined the look of the Punk movement. In 1973, it was given the name Too Fast To Live, Too Young To Die to reflect a new range of clothing from Britain's early 60s Rocker fashions. In 1974, the shop underwent a refurbishment and was rebranded with the name Sex. It was a boutique run by Malcolm McLaren and Vivienne Westwood until 1976. The store's designs confronted social and sexual taboos. In late 1980, the shop at 430 King's Road re-opened under today's name World's End. The façade was installed with a large clock which spun backwards with the floor raked at an angle.

Many people related with the Punk scene worked at the shop in one way or another. Notable employees were Chrissie Hynde and Sid Vicious with the shop also having been a meeting place for the Sex Pistols.

Check out the history of this iconic place here.